Last night us LOGOs hosted our course weepers event - for those unfamiliar with our weepers tradition it basically involves a group of people hosting a booze fest with a theme at a mess... our theme this year was Jazz & Martini Bar. We were able to book a jazz trio to come for an hour or two and play and we made a menu of different martinis to sample. The whole thing was a huge success. We had HQ people come, almost every officer at the school, and most of the officer students. It was awesome and actually wasn't a really late night as it started at 4 in the afternoon.

The only glitch was the poor bartender. I felt awful for her because there was about 100 people there and the line up for the bar was HUGE. I was in it several times and ended up waiting about 30-45 each time to get my drinks. Also, I'm not sure what language she spoke cause neither English or French really worked. To top it all off, our martinis were awful.... We were trying to drink Cinzano rosso martinis (2 shots Cinzano Rosso and a touch of sprite) but after the first one we coached her through we ended up getting something that would rival Purel (that's right, I mean the hand sanitizer....). Her concoction, from what I can recall, was basically gin, vermouth, lemon juice, an olive, a sugar rimmed glass and a lemon peel... and we had 2 each :( It was so bad, so unbelievably bad...but we persevered and got through the two drinks only to move onto Spiced Rum & Coke.

This morning was a bit tough, thankfully the galley made sure to have enough greasy breakfast bits for all the hungover officers and even made bacon cheeseburgers for lunch - thank god :) After some yoga with our resident yoga expert we all started to feel much better and now we are doing our best to study for our massive test on Wednesday - yay!

The sun is shinning! After almost 2 weeks of rain I am so happy to see the sun! Sadly I have to spend the majority of the day indoors creating my presentation (topic: Battle of Ortona) but I think I could squeeze in a run later on this afternoon.

Another Calgary kid and I have decided that we need to get across to Levis and pickup a Starbucks asap. We've been craving a decent cup of coffee for 2 weeks now (the coffee at the galley has lovingly been deemed battery acid). Although yesterday's trip to the mall yielded a Timmie's run, Second Cup could also be a good choice for today - and I've heard there is one rather near to our residence on Rue St. Jean.

When I'm finished with the presentation I think I'll upload a few pics from my recent Ghost Tours Of Quebec Tour that 12 of us took on Friday night... it was spectacular and our guide did a phenomenal job on recreating some of the historical events that helped to create Quebec City's sordid past. 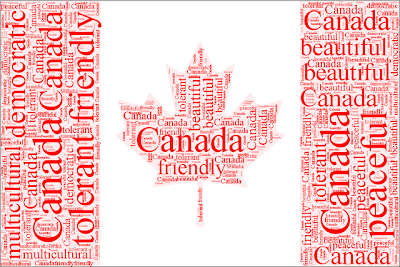 Not sure what kind of celebrations are happening around town, I think they have a concert of sorts up on the plains so I'm headed there for some fun. Hope everyone has a great day!
Posted by Linda at 09:58 No comments: