I have seen this done a few places around the web and thought I would give it a go.

If we were to sit and have a coffee date I might tell you..

That today I am feeling rather overwhelmed with these two little babies in my life - I felt my patience leave in the middle of the night and it has yet to come back to me.  The 3 hour nap strike this morning by both of my munchkins did nothing to help… it took a very long car ride and a nice latte to calm me down and get them to sleep.  The frustrating thing is that they are normally awesome in the morning and I can have them both asleep for a solid nap before noon.  That coupled with Claire's fussiness last night and William's tantrums (the terrible twos are in full swing here) makes for a noisy and difficult atmosphere. 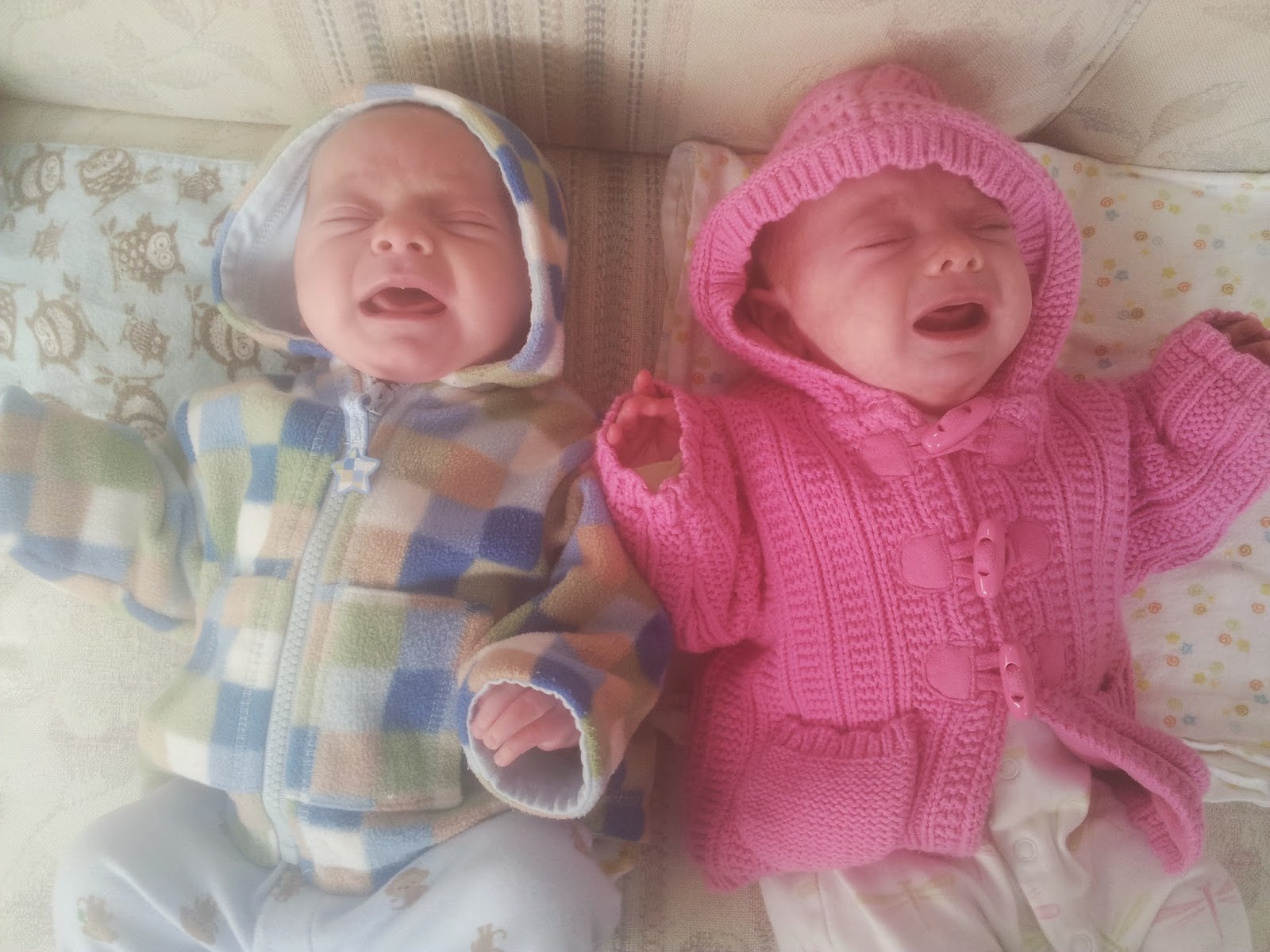 That I am looking forward to the enormous snow heap in my yard to melt away in this rain so I can plant some veggies and flowers and finally spent time outside.  I walked for 2 hours everyday with William and I find being stuck indoors frustrating.  That, and I cannot WAIT to get back to running… yay for Spring in Ottawa!

That I wish I had some time to myself to read something other than Facebook, Twitter and Blogs….on my phone, and I think the lack of proper book reading is starting to melt my brain.  The time I spend sitting with a (or two) baby(ies) on me, feeding or sleeping is huge.  I usually only have one hand free and sadly that means I can't really read a paperback, but Facebook, Twitter and Blogs.. well, I can scroll through those one handed.  I think I should see if I can splurge for a kindle and get in some reading that way.

That the current decor of my house is getting on my nerves.  Perhaps its the giant train table I have sitting in my living room, or the random other colourful toys scattered about, or the free living room furniture set I acquired in 2006… but I wish I could change up my house.  I popped over to an open house down the street on Sunday.  They have the same model as us (a few changes here and there) but obviously do not have any kids - the house was so serene and clean and not cluttered…

That I have an awesome neighbour who is also on mat leave and has a friend with twins 6 weeks older than my bunch (who live around the corner!) and we are getting a regular play date going.  I didn't have that with Will - for his year at home my closest friend on mat leave was a 45 min drive away however is coincidently on mat leave again but is moving to Colorado Springs in July.   I do still love the military but it really sucks when your friends (or you) move away.

I think that is enough from me - hope everyone is doing well!

It's been a while since I posted last and I thought I would update on the happenings over here at our house.

In Novermber we had a party to find out who we were expecting in February.  Friends and Family were there when we cut the cake and found out that we were expecting a little boy and a girl!  Pete and I had decided a while ago that we were quite certain it was going to be one of each, but it was nice to see that we were on the right track.  A big thank you to everyone that helped us celebrate that special day! 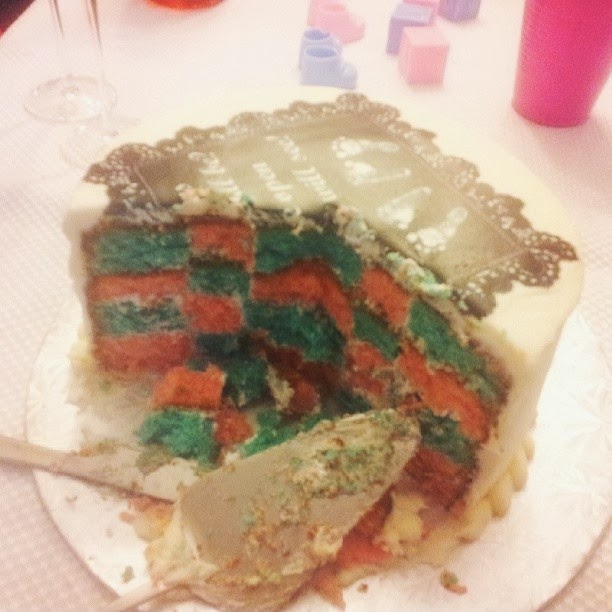 In December I came back from 3.5 months of training at CFB Borden and took holidays to cover off the rest of the month.  I spent the month getting ready for Christmas and cleaning / unpacking from my time away.  I also took a few naps and tried to rest up before the babies were born.  Pete's entire family and my Mom came down for Christmas and we had a very full, but happy house.  Mr. Will loved the Christmas season and really indulged in the Christmas treats everywhere - lucky kid!  Since then we've tried to rein in his sugar consumption and control those temper tantrums… I think it's helping a bit.

Into January now and I was put on sick leave due to my hands being so numb and useless and being uber pregnant - this month was spent getting the house ready for the babies, putting together their crib, sorting through their clothes - pink made an appearance for the first time in this house… I won't lie, it's odd to have so much pink after being surrounded by cute little boy's clothes.  A few friends brought over their stash of girl stuff and wow, I won't have to be doing much laundry for our little girl - the sheer volume of girl clothing is amazing.  Poor little boy won't have nearly the wardrobe of his sister!

At the end of January my doctor presented a very good case for a repeat c-section - basically the odds were against us and the risks to the babies were too high to try for a VBAC so we scheduled the date for the babies' arrival to be 12 Feb.  A week later their growth slowed and our doctor decided that our date should be moved up by a week - 6 February now!  YIKES!  With a round of phone calls to tell our parents that they would be here a week earlier, we made the final preps at home for their arrival and waited for the 6th. 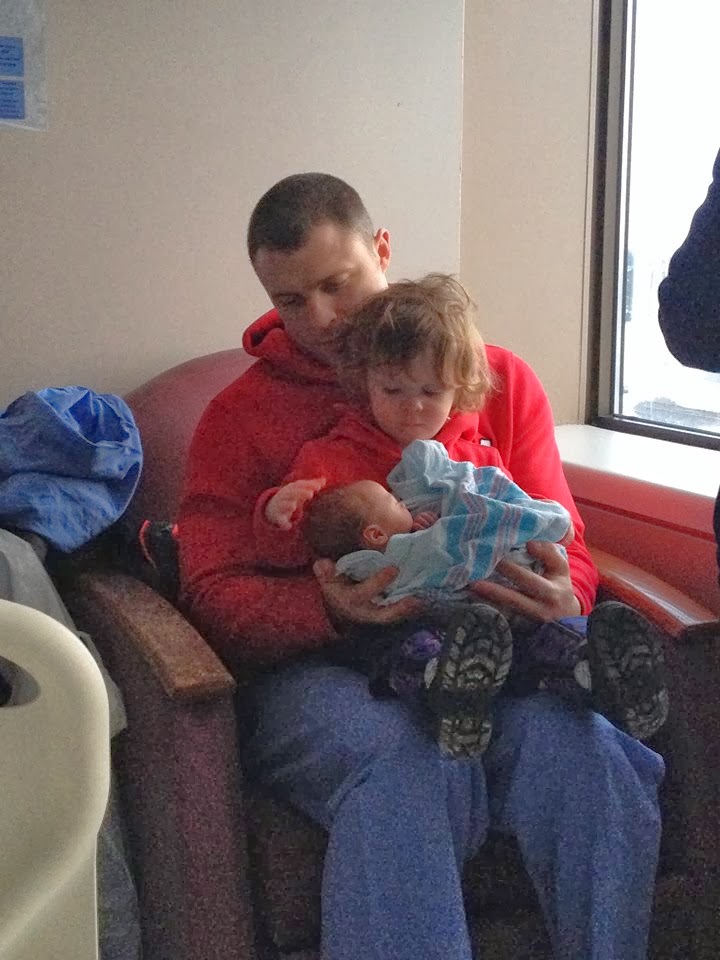 So onto the 6th.  Everything went very well and Claire and James were born within seconds of each other and both over 5 lbs!  James at 6 lbs 9 oz and Claire at 5 lbs 2 oz.  Quite decent weights for 37 week twins.  James looks amazingly almost exactly like his older brother and Miss Claire seems her own little person for now - although I really see Pete's Mom in her face.  It will be really neat to see how they both develop their own little personalities. 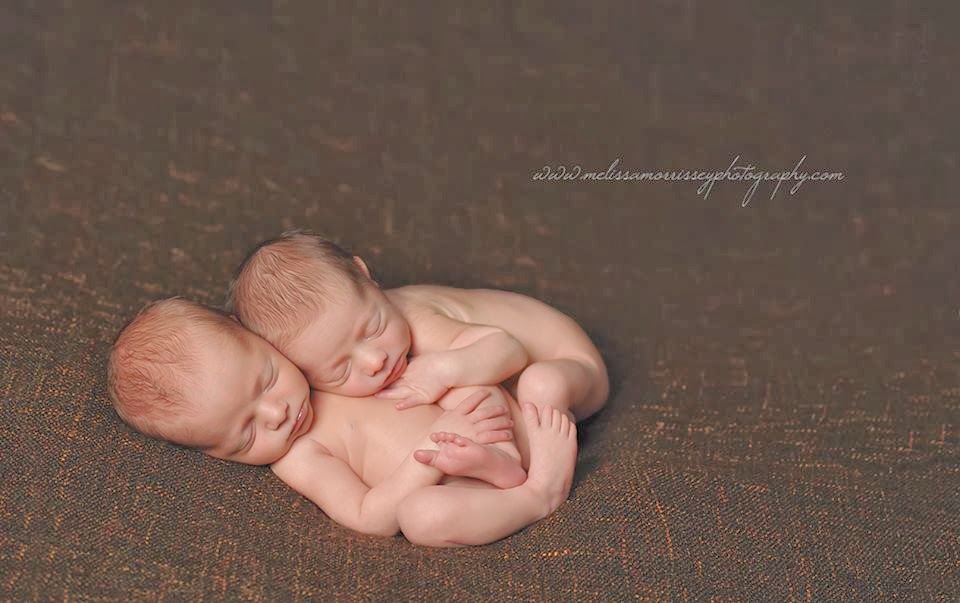 Big brother Will is in love with his siblings.  The first thing he asks me is "who is that?" (meaning Claire or James) or "where are the babies?", he gives them kisses every few minutes and loves to touch their hair.  We are so lucky that he is adapting so well to life with siblings.

Today is my second day at home with the babies on my own and things are trucking along nicely.  This week's helpers are arriving later tonight and my little sister is coming on Friday for 3 weeks!

I think they are both waking up now - so I shall sign off for now. 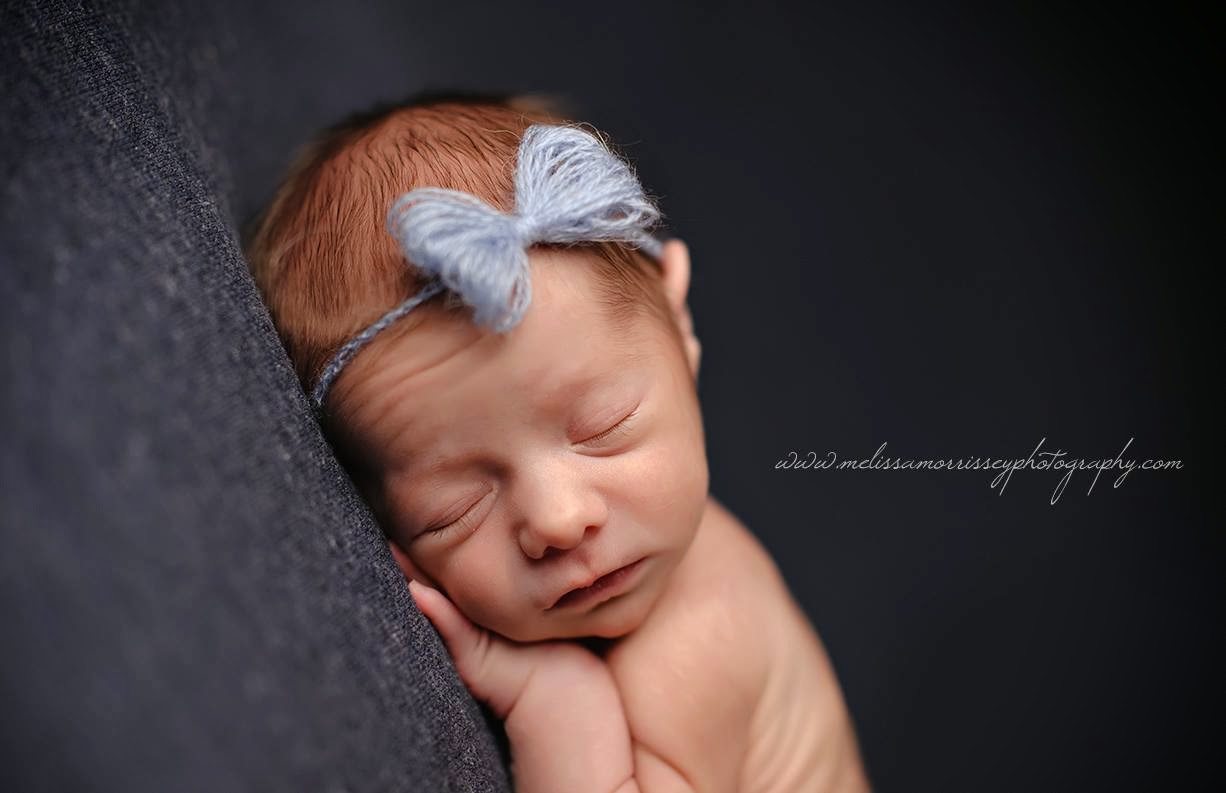 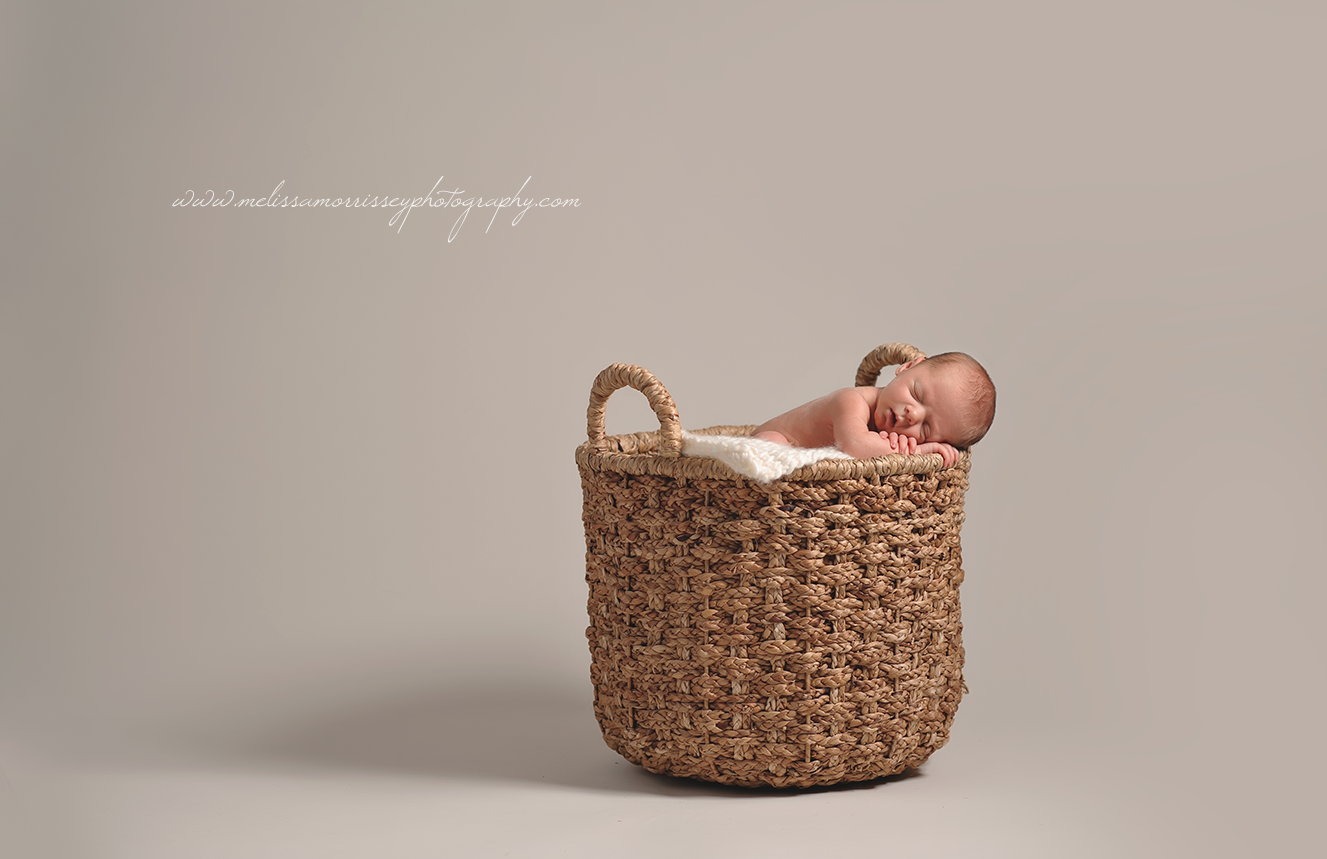 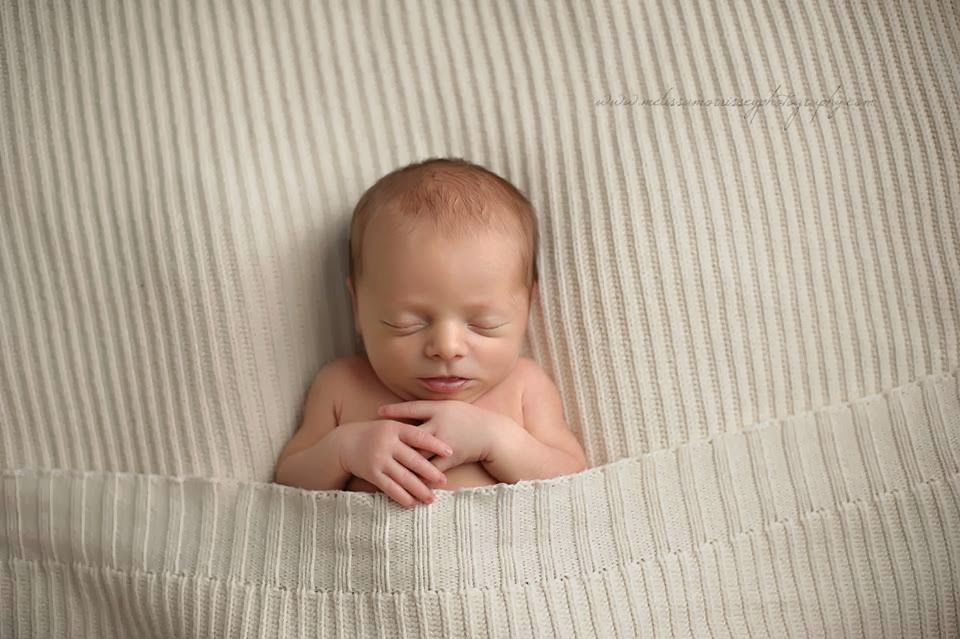 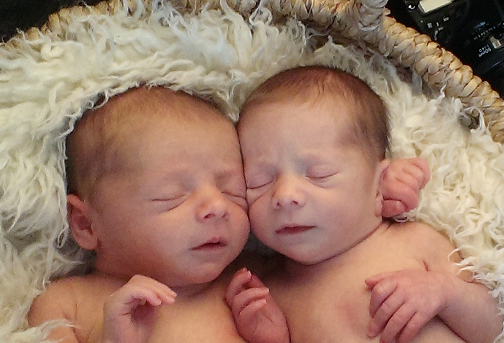 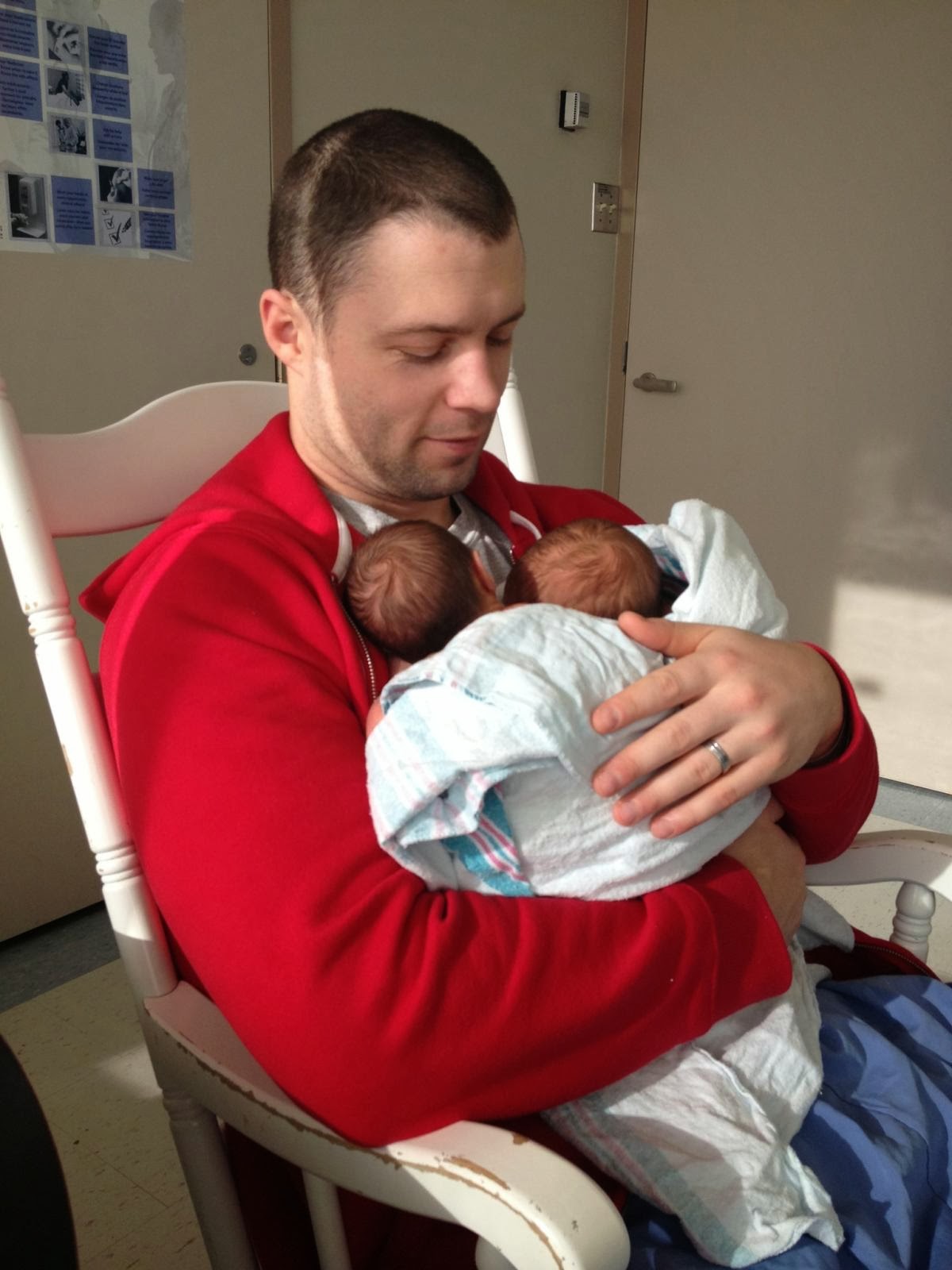 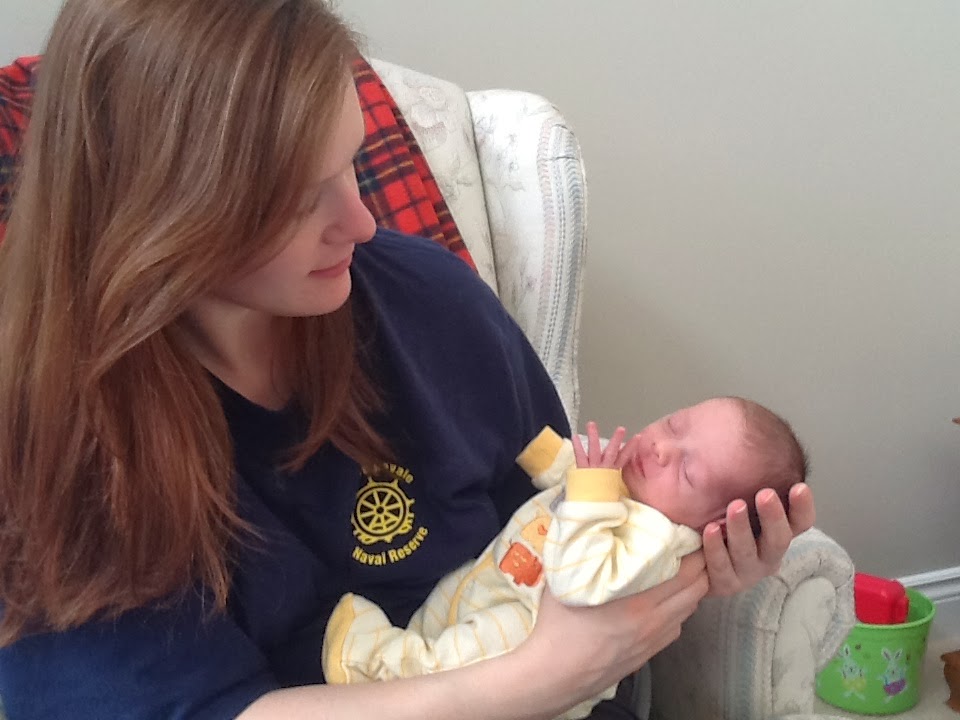 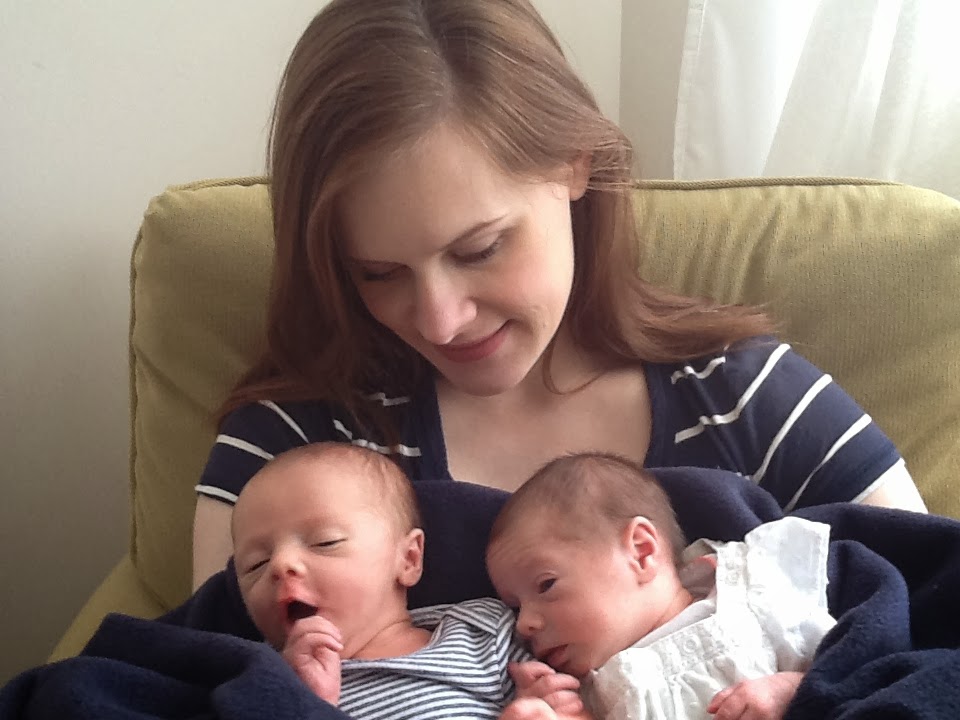 My darlings
Posted by Linda at 13:54 No comments:

It's been a while, and this seems to be the trend, Three Things Thursday that is.  So here we go....

1. Work is excellent these days.  The pace lately has been perfect, the subject matter very interesting and I am getting promoted on the 18th - YAY! Also, my boss asked me to write an article on my job, it got picked up by a local, national and branch specific publications.  My boss also declared last thursday spa day, so we all went to Le Nordik for "team building"  How sad am I that she is retiring in August (at the age of 43 no less!)

2. On the fitness front - I've really been enjoying spin classes at the gym at work and running the canal lately.  I get 1 hr a day to workout during work hours and my new regime has been really fantastic - thanks to Pete for creating my new routine.  I have also tried the new Barre3 fad - it is really challenging and I like sneaking in a class at night after I tidy up after Will goes to bed and Pete hits the gym.

3. There is a medieval festival at Upper Canada Village this weekend.  I have always wanted to visit the village and medieval stuff sounds fun.  We have been picking one new touristy type thing to take Will to each weekend - museums, parks, festivals etc.  It gets us out of the house after the gym and swim classes and Will has fun running around.

I'll leave you with 3 of my favourite photos from the last month. 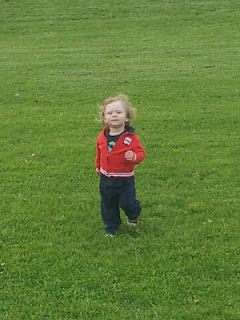 Will - doing his laps in the park. 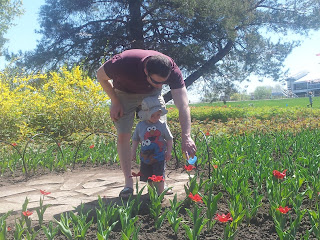 The boys at the Tulip festival 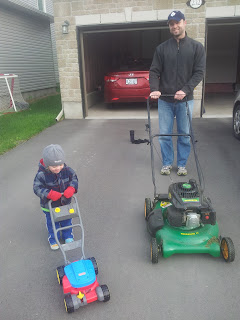 Just like Daddy.
Posted by Linda at 20:44 No comments:

Requested by Heather - sort of 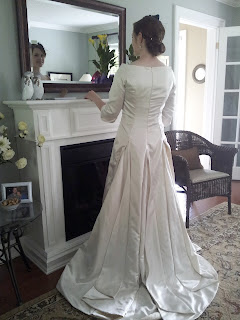 Last weekend Pete and I finally celebrated our wedding - reception 1 of 2  - this one was in Toronto, at the Old Mill with a casual reception back at Pete's parent's place - these are the pics I have thus far, more to come. 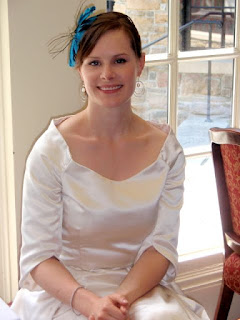 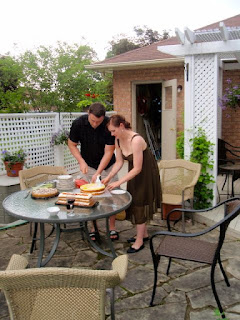 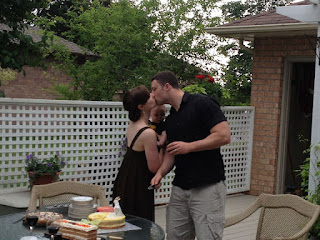 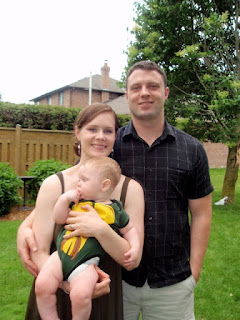 Our little Ninja Turtle
Posted by Linda at 22:07 2 comments:

Update time.... Back in February I listed a few things that I was working on.  I've found that if I have a list of things that I am working towards I get a lot more accomplished that just winging it.  Let's check up on how things are going

Education:
Pete gets to go back to university in May - I am not quite there yet.... there is hopefully an MBA/ MPA  in my future, but for now I would like to:

2 months into my goal commitment and I feel like I have made some progress.... still many things to tackle, but a start at least.

At my wit's end

I know I shouldn't compare to other moms and other babies but after my round of visits in Calgary and Ottawa I've come to the conclusion that my baby is not nearly the same as anyone else's and it really has me down today.

Will is super cute and adorable - we often joke (in the throws of the dreaded colic) that if he wasn't so darn cute, we would have left him out on the doorstep.  But adorable as he may be, my days are so LONG and so exhausting that I really am having a hard time keeping it together today.  The thought that keeps running through my mind is as follows:

Will on the other hand does NONE of these things.

My delivery was horrendous, my recovery was crap, Will had colic for more than 4 months, he did not take to feeding easily, his weight gain has slowed down, he will not be put down without screaming, it takes FOREVER to get him to go to sleep and when he does, it is a whopping 20 minutes...joy.... and for the last 2 months he will not sleep through the night. 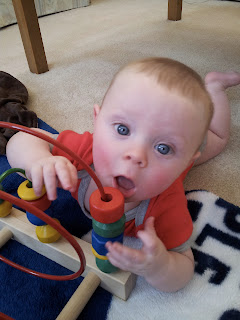 Sometimes I feel like I've got it all wrong - fingers crossed tomorrow is a bit better.
Posted by Linda at 17:52 2 comments: