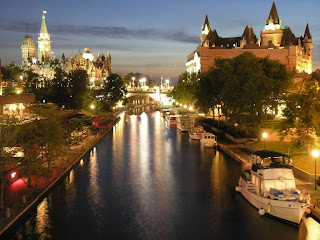 To kick start our 2011 fitness goals, Pete and I are heading out to do a quick 10 km down the gorgeous Rideau canal before celebrating with friends tonight..... and yes, we will be sporting these matching awesome orange jackets (exactly as shown) - What an awesome way to end off the year!  Happy New Years Everyone! 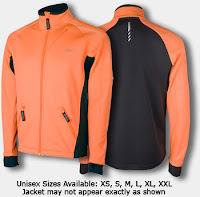 Note: After the super mild weather of late and the rain from last night, the snow has almost disappeared... makes for much easier running!
Posted by Linda at 15:08 1 comment:

Thanks to Lu for the link on this one....

Pete and I scored 29/30 - but I think we need to re-watch a few of the films... good thing we are going to the In-laws for Christmas tomorrow!!
Posted by Linda at 17:58 No comments:

Life as an Ottawan - week 1

I am pretty confident in saying that week 1 as a resident of Ottawa is officially a success.  I've:

Although, the apartment isn't quite as amazing as Kensington Palace, in fact, it is quite possibly one of the smallest kitchen's I've ever seen :(,  but at least it's a kitchen, and I can make my own food - that alone makes me happy.  The bathroom is now our "project" - it needs some serious caulking work, happily though, after my marathon cleaning session, I can now barefoot it on the floor.  My bedroom is the one awesome - no work needed room - we bought ourselves a lovely fancy tempurpedic bed and with it decked out in my flannel sheets and down comforter, we sleep like babies!  SO amazing... and warm!

We still have to get a couch and a tv - might not happen for a while though, neither one of us has a proper full time job yet, and really, the internet can function as a tv for a while.  Besides, isn't your first apartment suppose to be near empty?

The area where Pete found our place is quite awesome.  We have a Tim Hortons, Italian grocery store, BMO, Shopper's Drug Mart and MacDonald's across the street.... so far, the grocery store has been a god-sent, especially when the roads are awful and we can just pop across the street for dinner.  In the summer it will be even better - Moody's Bay is nearby and the canal has lovely running paths.

I was chatting with my mom the other day and she reminded me of a time, 9 years ago when I was living in Montreal and visited Ottawa.  She recalled that I told her " I LOVE Ottawa, I want to live there".  This prompted me to recall a plan that KQ and I had, once upon a time in University - we planned on moving to Ottawa to find government jobs.  That then led me to think of the visits to Ottawa over the years.... when I visited Pete for the first time in Aug of 2008, and the many many times we've returned to visit, to get engaged, to get married (one year ago on Sunday!), and finally move here for good.  Almost 10 years in the making - wow!

And now for some pictures of my best day in Ottawa... 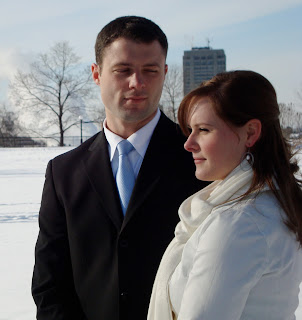 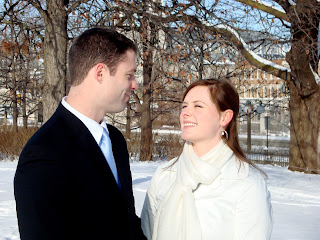 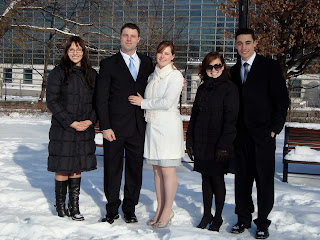 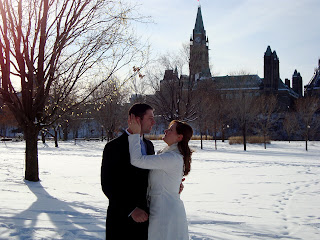 A colleague passed this onto me this morning and then I forwarded it on, and thought to share it here - really quite entertaining, so without further ado, I give you:
Adult Truths
1. I think part of a best friend's job should be to immediately clear your computer history if you die.  2. Nothing sucks more than that moment during an argument when you realize you're wrong.  3. I totally take back all those times I didn't want to nap when I was younger.  4. There is great need for a sarcasm font.  5. How the hell are you supposed to fold a fitted sheet?  6. Was learning cursive really necessary?  7. Map Quest really needs to start their directions on # 5. I'm pretty sure I know how to get out of my neighborhood.  8. Obituaries would be a lot more interesting if they told you how the person died.  9. I can't remember the last time I wasn't at least kind of tired.  10. Bad decisions make good stories.  11. You never know when it will strike, but there comes a moment at work when you know that you just aren't going to do anything productive for the rest of the day.  12. Can we all just agree to ignore whatever comes after Blue Ray? I don't want to have to restart my collection...again.  13. I'm always slightly terrified when I exit out of Word and it asks me if I want to save any changes to my ten-page technical report that I swear I did not make any changes to.  14. I keep some people's phone numbers in my phone just so I know not to answer when they call.  15. I think the freezer deserves a light as well.  16. I disagree with Kay Jewelers. I would bet on any given Friday or Saturday night more kisses begin with Miller Lite than Kay.  17. I wish Google Maps had an "Avoid Ghetto" routing option.  18. I have a hard time deciphering the fine line between boredom and hunger.  19. How many times is it appropriate to say "What?" before you just nod and smile because you still didn't hear or understand a word they said?  20. I love the sense of camaraderie when an entire line of cars team up to prevent a jerk from cutting in at the front. Stay strong, brothers and sisters!  21. Shirts get dirty. Underwear gets dirty. Pants? Pants never get dirty, and you can wear them forever.  22. Sometimes I'll look down at my watch 3 consecutive times and still not know what time it is.  23. Even under ideal conditions people have trouble locating their car keys in a pocket, finding their cell phone, and Pinning the Tail on the Donkey - but I'd bet everyone can find and push the snooze button from 3 feet away, in about 1.7 seconds, eyes closed, first time, every time.  24. The first testicular guard, the "Cup," was used in Hockey in 1874 and the first helmet was used in 1974. That means it only took 100 years for men to realize that their brain is also important.
Posted by Linda at 22:29 1 comment: 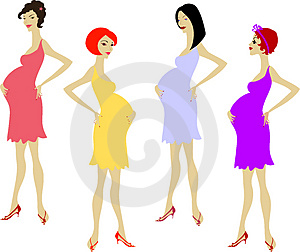 More often than not (since Pete and I were married last year) the topic of having children comes up between a colleague and I.  At one point he even told me that he KNEW I was pregnant based on how I acted and looked (for the record I was training for a half marathon and thought I was looking quite svelte).  He thought himself the expert on the topic as he, himself has 7 children, and was able to predict the pregnancy of another co-worker before she knew!

Needless to say he was wrong, but has kept at the questioning and trying to impart child rearing wisdom upon me at least once a week.  Today was an examination of my age and a comparison with his life - apparently when he was my age, he already had 4.... I've tried to express my frustration at constantly being questioned but to no avail - thank goodness my last day is Friday.

I know this happens to a lot of women around my age, and especially newly married ones - but seriously,   who thinks this line of questioning is appropriate?  Has anyone else had this happen to them?
Posted by Linda at 17:24 1 comment:

A connection at last!

I've been stuck on base for the last few weeks and haven't had any decent access (besides at work of course) to a reliable internet connection, or a decent Starbucks for that matter.  Being stuck though means that I haven't had the chance to post - until now.  Luckily, I ran into a friend in the hall who mentioned he found a connection to use - yay!
The countdown has run its course, my post it note on my desk reads "1", this of course can only mean that my time in Borden is almost finished, my last day is on friday and then I'm off to Ottawa.  Pete has already found a nice apartment for us to live in while our home is being built.  To date we have a blow up mattress, a yoga mat, some dishes and a frying pan and pot - very minimalist.    Since I began my military career, I've moved around a bit and consequently have tried to pare down my belongings, carting around things that I don't have much of a need for it tiresome.   I've succeeded somewhat in riding myself of extra bits, but on my last trip home I went through my pile of belongings and realized that I still have a great deal of "stuff".  The sad thing is that most of it will remain in Calgary until we do have the house and can actually accommodate all the furniture that I've acquired.   Until then we are trying to be minimal in our purchases but some things are pretty essential.  A bed for one, was needed - neither one of us had anything close to a bed since we've been in military accommodations, and luckily Pete was able to come down for the weekend and we managed to find a bed and mattress.  It should be delivered on saturday, just in time for my arrival ;)
Next up, a table - this one really fills two billets, a desk and a place to eat dinner.  Ikea has a few inexpensive options that will transition into the house nicely.  Secondly, a couch would be lovely.  I know I have living room furniture in Calgary but we can't survive a whole year without somewhere comfortable to sit (and guests to sleep on).  And finally, a dresser - again, I have one in Calgary, but the house has more than one bedroom and it too can be used once we move from the apartment - Ikea has a few options to fit the bill.  I've said it once and I'll say it again, thank goodness for Ikea!  I should look into stock options for that company, heck, why don't I get a job there... blue and yellow really bring out my eyes ;)
In other news, what's up with this "lake effect" weather I ask you!?!?!?  Since Sunday afternoon, we've had almost a metre of snow - walking to work, albeit only a short jaunt in nice weather, has recently turned ugly. I stepped out of my building this morning and sank past my thighs into the snow drift - fun! Walking in that kind of snow is exhausting - but hey, it's a good workout.  I've been told though that apparently we are due for at least a good 40cm more tonight / tomorrow and then another storm on the weekend. At least is isn't -40, that would be heinous.
Alright, it's time to sign off, must get ready for another fun day with the recruits - Ciao!
Posted by Linda at 21:28 No comments: